The first on our list is 9Apps. This is a third-party marketplace that deals in Android apps. This is also a popular name in the Android app world because a lot of users have downloaded apps and used it and have found it to be actually quite good. The biggest thing is that it has a huge library of over 5 million apps which the Google Play Store cannot even boast of. There are also a lot of categories which makes searching for apps in this service a very easy job. There is also a separate fun zone where users can go for songs and music apps along with wallpaper apps and movie apps. This application is also extremely small in size coming in at a measly 3 MB and it also does not require as many updates as the official app marketplaces. Discounts are loved by everybody and this service provides loads of it. The app updates also come up pretty fast. 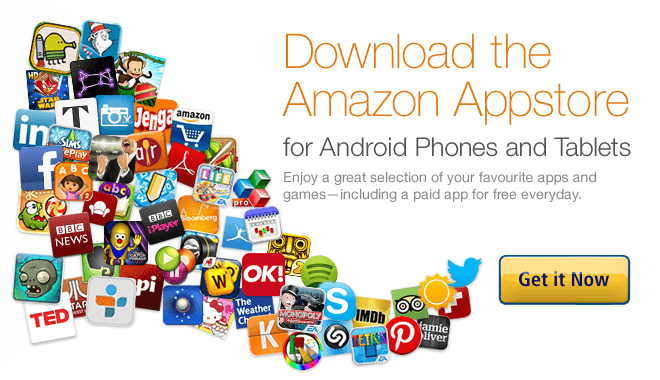 Next up, we have the most popular app marketplace other than the Google Play Store and the iTunes store which is the Amazon app store. The Amazon app store has been launched very recently but it has gained popularity extremely fast and in a very short span of time. Like Android, new smartphones of today are also coming pre-loaded with this app. Recent handsets like the Samsung Galaxy S6, the HTC One m9, and the Oneplus 3 all come with the Amazon app store installed in them. It looks very attractive because the interface of the app store is a classy black with apps displayed on the front page as thumbnails which also contains ratings and the price. Getting apps is also easy and in order to buy them you have to buy Amazon coins using real world money. You can also choose to use debit and credit card directly instead of buying Amazon coins. Most of it functions like the Google Play Store and, therefore, using it will not be much of a problem.

Mobogenie is a recent entrant to this field but with its safety and security features, it has grown to become a very popular name in the Android app market industry. The application is quite useful and also quite user-friendly. It comes with a white background and a blue bar at the top which contains the app categories. You can choose directly from there whether you want apps, games, ringtones, or wallpapers, all of which are present in the app store. You can choose the model of your smartphone and it will automatically be stored in the memory of the app so that you do not have to find out whether an application that you want to use will be compatible or not. It also comes with a built-in YouTube downloader which is a great feature that cannot be found on any other app marketplace. The mobile phone can also be controlled from the app itself.

MoboMarket has been around for 4 years and has seen a steady growth in the users who have used apps from the market and liked it. The application is quite attractive because of the simplicity it portrays. The background is white and like the Google Play Store, it has the search feature at the very top with the menu on the left and below that there are categories which users can utilize. The categorizations are very clearly created and the icons that are associated along with it are also very well made. Overall, it is a delightful app which includes a cleaning tool and an app management tool along with it.

GetJar is an app marketplace that has been around from 2005 and it has dropped to third in the list of the largest app store in the world. A good feature that this service comes with is that it has applications for all kind of platforms including Android, iOS, Windows mobile, Blackberry, and even Symbian. It also has partnerships with some major app manufacturers and developers like Zynga, Rovio, Yahoo, and AT&T which makes it a potentially exciting prospect in this field but it has not really started competing yet with the new age applications and it looks like it will take some time for it to get up on its feet once again. 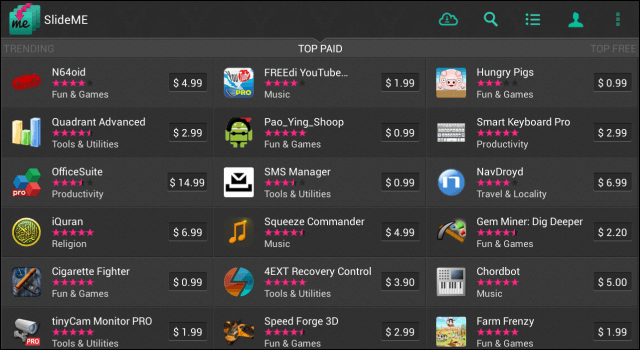 SlideME is another Android App Store that contains a lot of good apps for users to download and use for free. What is very interesting and make this service very efficient and safe is a fact that it undergoes continuous monitoring by its developers. Not only is the app monitored but also the applications that are submitted by developers are very carefully scrutinized and analyzed before they are put out on display making it one of the most difficult places to smuggle in a bad app. It is a good application and the user interface is also quite interactive which makes using this service a breeze. 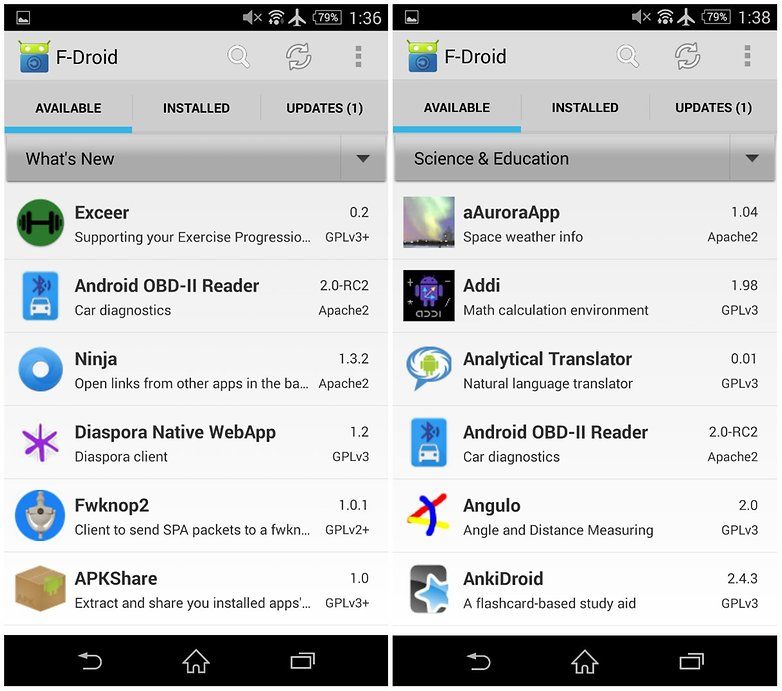 F-Droid is the next on our list. This service is a wonderful one because it has some features that very few app stores offer but along with them, there are also some disadvantages that it has but if you can live with them, then it can be a wonderful service that is just suited for your needs. This is a non-profit organization and, therefore, you do not have to pay money anywhere and all the applications that you get here are free and open source. Applications are also without any ads or tracking and the packages are also monitored and checked frequently. The app store does not, however, feature automatic updates, has a limited number of apps and no app ratings.