Top 10 Apps not on the GOOGLE Play Store

Top 10 apps not on the Google Play Store: 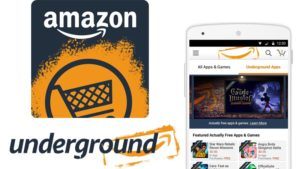 We will begin with the Amazon Underground application which is gaining a lot of popularity because it is the only App Store of its kind that offers applications completely free. You can try and search but you will not get one paid application on this app store which makes it a very attractive option for people who do not want to spend money on premium apps. Here you will get every paid application from the Office Suite Professional 8 to the Photo Suite, all of which are paid apps but here they are completely free. The good news about this application is that it is not any promotional offer for something which is to be released but this is actually a long-term project which seeks to offer premium content without users having to pay a penny for it. You can get this application downloaded and installed from the Internet or the Amazon application.

Since we have started with Amazon, let us persist with it because there is another Amazon subsidiary product that will be actually worth your while but is not available on the Google Play Store. The Amazon Video is an application that you can download from the Amazon Underground app store for free but the benefit that this application brings with it is that you get to access the whole Amazon database of more than a million TV shows and movies without having to pay for all of it. What you will get out of it is that you will get all the content at a discounted price but the features and everything else will remain the same as an Amazon Prime subscription. So, you will get high quality 1080-pixel resolution movies and TV shows and you can also stream all of them directly to any of your devices but you get to do so at a price that is considerably lower than the Amazon Prime subscription. Apart from that, this is a normal video streaming application with standard features. 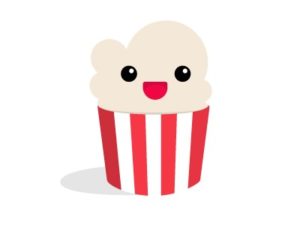 The next one on our list is also a movie streaming service but it is one of the best since it only focuses on movie and TV streaming. Popcorn Time is one of the best movie and TV streaming services available not only because it offers a huge variety of content at the best quality available but also because it is completely free. The interface is a very good one and makes navigation of the service a very easy job for young people as well as senior citizens. There are thumbnails of movies and TV shows that are available and on clicking, you will be directly redirected to the player page where you can stream the content without any delay. On the extreme left side there are a great many categories from which you can separately search for movies and if you still do not like it, then at the top left you will find the search button which is a very powerful one and will return any query that you type in. 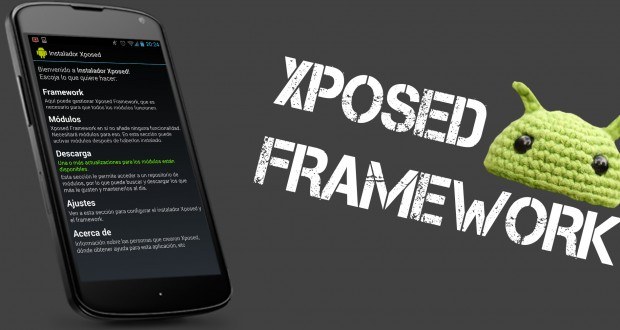 If you are aware of what rooting your device is then you must be knowing about the Xposed Framework For the uninitiated, rooting is a process where you discard the default Android software and install custom ROMs of your own choice. That is not the end of the ways that you can tweak or modify your phone because this application takes modification to the farthest extent. With this application, you can make changes to everything and by that, I literally mean everything. You can change the user interface or you can change the icon that is used as the menu icon in the Google Play Store or you can also fully power up your camera with this application. There are a lot of things that can be modified but many people are unaware of it, but thankfully, there is this application for people to use so that they can change everything that they do not like in their phones. 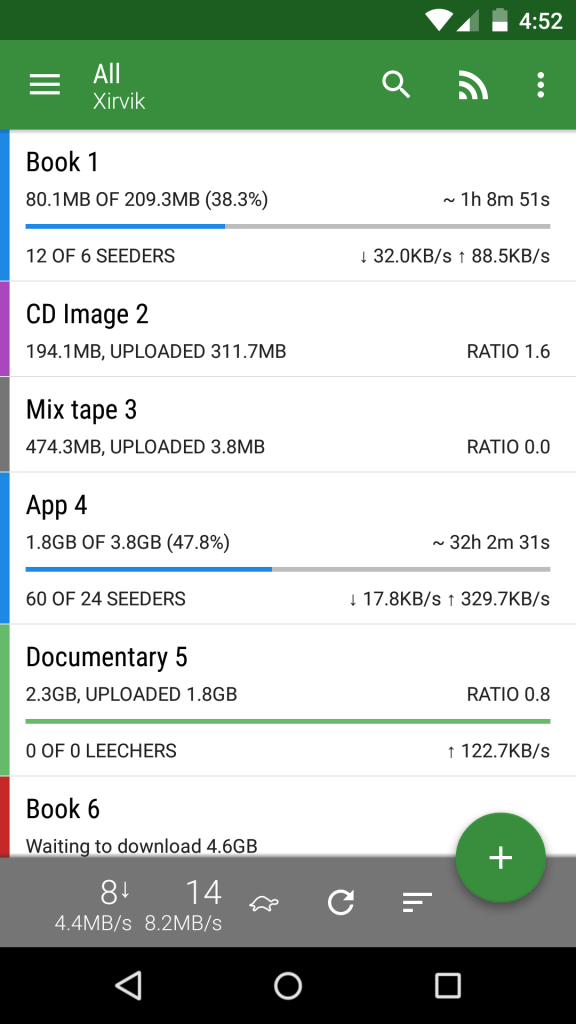 Do you regularly download films and other content using torrents and you feel that the Android smartphone has only one limitation recording that? Fear not, because Transdroid is here. This application is a torrent downloader for Android devices and it was previously available on the Google Play Store but in 2011 it was cast out. Most people say that it was a mistake that lead to this unceremonious exclusion as Transdroid allowed the download of Top Gear episodes without reviewing the fact that it was protected by copyright policy and was, therefore, out of bounds for movie and TV streaming services that did not have any tie-up or association with the production house of Top Gear. However, all of that is lost and forgotten and Transdroid still survives as one of the best Torrent downloading software for an Android smartphone. 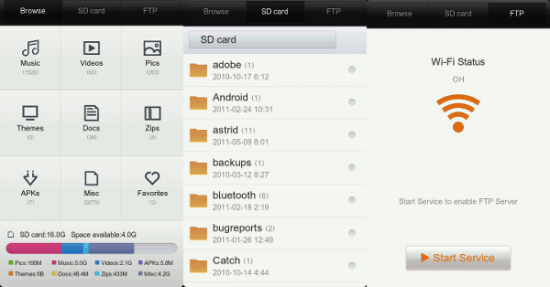 We have the MI File Explorer at the sixth position on this list. This application is a very powerful and efficient one and, therefore, it has earned a lot of acclaim from developers worldwide. Not only that but also users from other smartphone companies want it on their devices because it certainly enhances the performance of a phone and is immune to hangs or lags. The file explorer provides users a lot of control and allows the surfing of files from both the phone memory as well as the SD card very easily and smoothly. The robustness of this application can also be reached from the fact that this application can automatically create and extract zip files and its adaptability to devices of other major mobile manufacturing companies is also a big plus. So, if you are feeling that the interface of your phone could be made to look a little better and if your preference is to make it look like an MI device, then this is the perfect application for you. 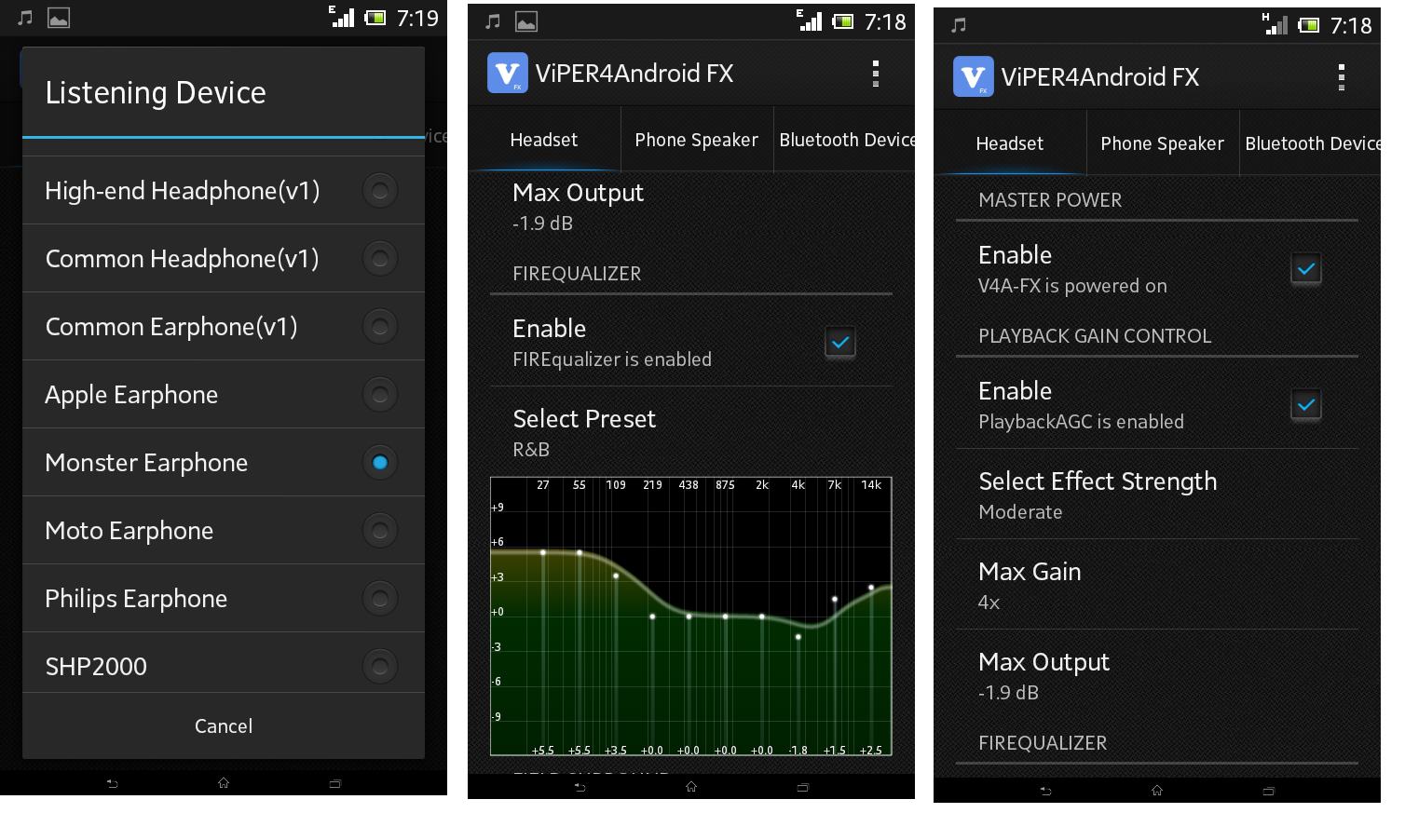 We have an audio application over buying the seventh position on this list and it is called Viper4Android. If you are a musician and you also actively take interest in tech stuff, then you will know about this and probably even have it on your device but if you neither are a musician nor do you know about the app, then read on to find out what this offers. All music players automatically come with an equalizer so that you can pick out the best setting to play your music in but this is the boss of all of them because it offers the ability to modify every nitty gritty of music. What I am saying is that it can act as your equalizer and you can plan your music channels with it but it also has all extra features like psychoacoustics channel localization effect and virtual surround sound as well as reverb settings and sonic characteristics which you will not get in any other application.

If you are thinking that there should be a game in this list, then you have thought of this at the exact right moment because number 8 on our list is Pokemon Tower Defense. While most developers concentrated on creating third-party applications for Pokemon Go, developers Sam and Dan got it right by creating a game that is different but essentially involves the same characters. This is a Tower Defense game where you will have to fight other Pokemons with a team of your own. The game has a story and the tutorial appears as a conversation which makes it quite entertaining. This game is a good one as the fighting is also quite innovative and engages both the motor and brain function of the user because you will have to remember the type of Pokemon you are up against and you also have to keep an eye out to change the position of your Pokemon.

Showbox is the next application analyst and is also one of the best movie and TV streaming services that are available currently. The great thing about this service is that it has a library that can possibly rival that of Netflix and it is still free for users. The app interface is black and it is very user interactive which is one of the main causes of its popularity. It is also available on a lot of devices and even with a weak Internet connection, users can watch content smoothly because the auto resolution picker that is present in this service is actually quite efficient. It has a lot of content from various categories and it also comes with a little plot and some information about the director and the cast so that users might be able to know what they are in for before they start watching content.

Lucky Patcher is the last application on our list and it is totally worth it because it is a versatile application that can accomplish a lot of functions. This application was previously available only for rooted devices but since many people did not like rooting their phones but still want the benefits that this application offers, a non-rooted version has also been released. This application helps users in a lot of ways and one of them is by removing Google ads from applications. The next thing that this application provides is that it helps users in hacking the Play Store in such a way that paid applications can be available for free. License verification for applications can also be skipped if Lucky patcher is used which means that any software can be downloaded and installed on the phone even if it is not from the Google Play Store. The lucky patcher application can even have applications in such a way that will enable users to modify game data. For example, if you are playing a game where you need coins or gems to progress, you can easily use this application to hack the game in order to gain unlimited coins and thus, complete the game without breaking a sweat.

So, there you go with the list of some of the apps that are not on the Google Play Store due to some ethical code violation or another. However, that has not stopped the applications from progressing and becoming popular and therefore you should not be the one missing out on something good just because the Google Play Store thinks that it is not.